Conversational Hypnosis Video Training Crash Course official download (PDF & Video Files), by Igor Ledochowski. Discover the system that can help jump-start your powers of hypnotic influence in just a few weeks! The social compliance theory of hypnosis says your expectations matter. How you expect hypnosis to work influences it.

What’s strange is your conscious expectations don’t matter as much. You might think you’re too mentally strong to be hypnotized. If so, that thought won’t protect you. Partly because you’ve seen hypnotists hypnotize people before – at least on TV. Partly because the social compliance side isn’t the full picture. But even if it was…

Well, some of you would see that as proof against hypnosis. It only works because you believe it does! If you think like that, let me ask you this: do you believe in drunkenness? Folk from different cultures get drunk in different ways. If your culture links alcohol to violence and sadness, that’s what it does to you. If it sees alcohol as a social tool for joy and expression, that’s what it does to you.

Alcohol changes your behavior and mental state, whether you believe it will or not. And it changes it in some consistent ways. Yet the finer details depend entirely on your unconscious expectations. Hypnosis is the same. You will go into a trance and I could describe, in broad terms, what that trance will be like. 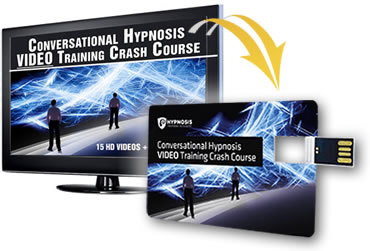